The Pixie Motor Inn is a family owned and operated motel just one Block from the Intersection of U.S. 221 & N. C. 105. It is located in Avery County at the base of Pixie Mountain at 4150 Mitchell Avenue in Linville, North Carolina, a small resort town tucked away in the Blue Mountains.

The Pixie Motor Inn is said to be “In the shadow of famous Grandfather Mountain,” which is two miles from the Blue Ridge Parkway Viaduct. 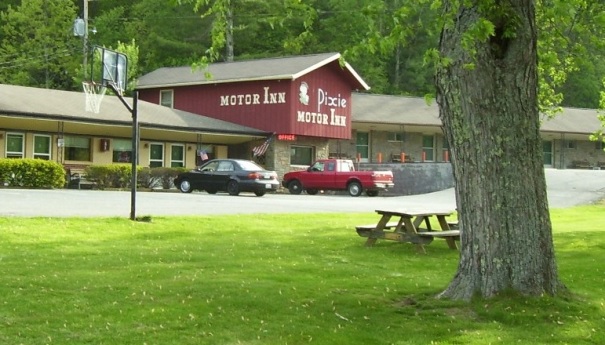 Owned by the Hughes family, the Pixie Motor Inn has 25 modern clean grade A rooms, telephones and cable TV. A Pixie Inn postcard from the 1960s stated the inn was “Air-conditioned by Nature.” They have since installed air conditioning in all the rooms. 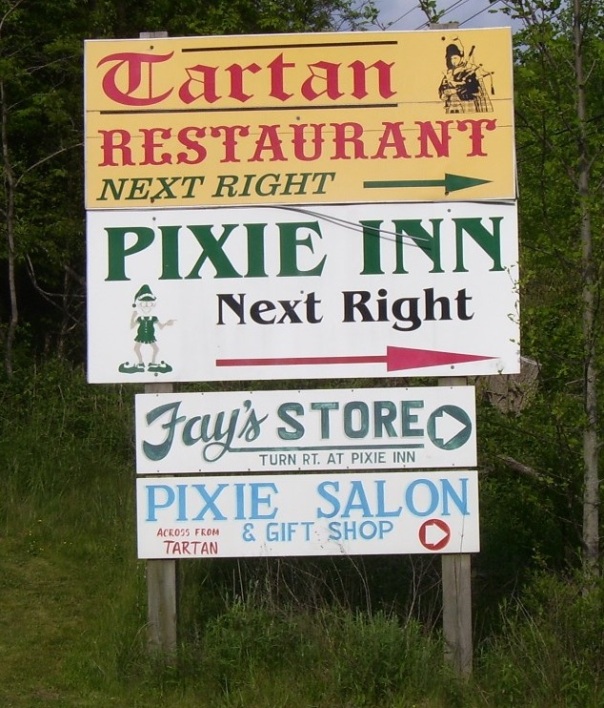 Within a short walk of the Pixie Motor Inn one can find the Pixie Beauty Salon at 30 Coffey Road, and across the street from the Pixie Inn, there is a seasonal produce stand named “Pixie Produce.” 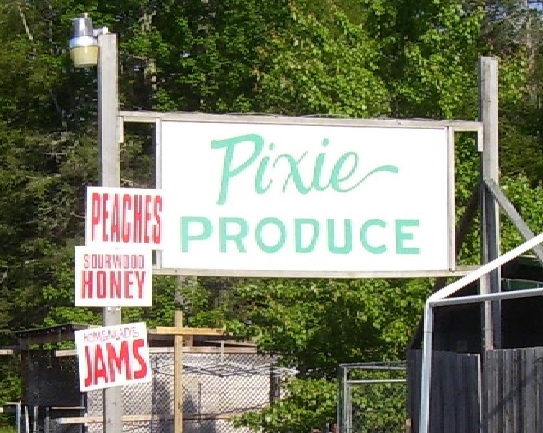 Also in the town of Linville is the “Pixie Spring Cottage,” one of the oldest properties in the area. Built in 1897, this charming gingerbread cottage with a turret (available to rent) features lovely gardens where you are likely to find fairies and elves frolicking.

NOTE: There was also a roadside hostelry called the Pixie Motel Lounge and Restaurant located  at 3480 Carlisle Pike outside New Oxford, Pennsylvania. It closed its doors in the 1990s. Click here to find a vintage matchbook cover from the Pixie Motor Inn in Cross Keys, Pennsylvania about 1/2 mile North on Route 94.

In addition, there was The Pixie Family Motel and Cocktail Lounge located at 1016 West Katella in Anaheim, California (714) 772-9450. It was right across from Disneyland. Next door to convention center. Near Angels Stadium. The Pixie was later renamed The Magic Carpet Motel. The sign was removed in 1999 as part of the Anaheim Resort renovation.