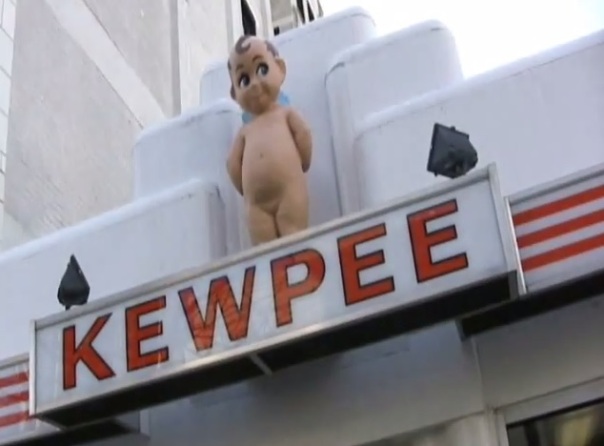 Kewpee Hamburgers is located at 111 North Elizabeth Street in Allen County in the City of Lima, Ohio. This store opened in 1928, under the ownership of Stub Wilson.

The fairy mascot used by Kewpee Hamburgers for store signs and advertising promotions was derived from the artwork of Rose Cecil O’Neill (June 25, 1874 – April 6, 1944) an American illustrator, artist born in Wilkes-Barre, Pennsylvania. She modeled her enchanted Kewpie characters after Cupid, the Roman God of Love. 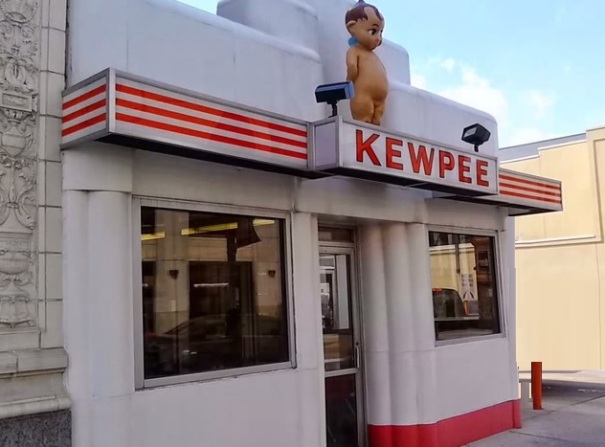 Kewpee Hamburgers in Lima, Ohio was originally one of a chain of hamburger fast-food restaurants founded in 1923 in Flint, Michigan. The Kewpee in downtown Lima (the main headquarters for the remaining stores) is the only example left of the “original” Kewpee Art Deco style architecture. 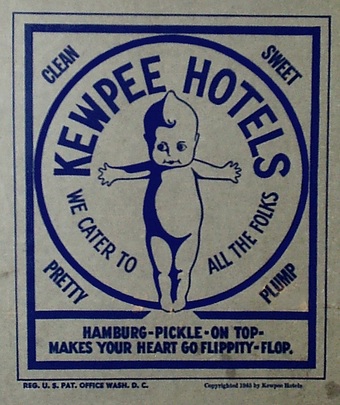 The Kewpee chain of restaurants grew quickly across the Midwest with 200 stores opening in the 1920s and 400 by the 1940s. The store ranged from Utica, New York to South Bend, Indiana. Unfortunately, due to meat shortages during World War Two, most of restaurant in their franchise closed.

Kewpee was one of the earliest to feature a drive-up or “curb service.” where they sold root beer and eventually real beer for 10 cents a mug as an ideal complement to their tasty burgers. 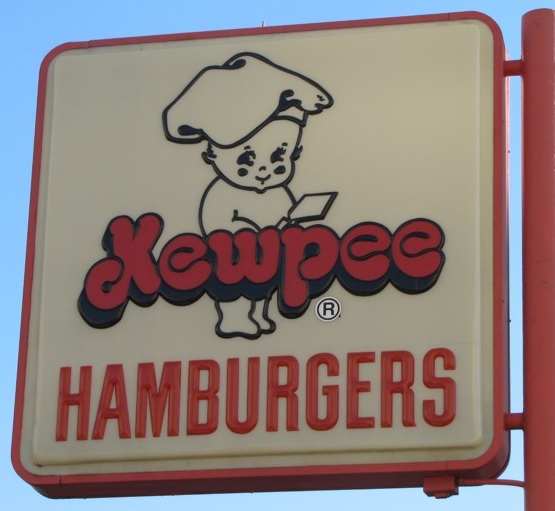 Slogans for the the restaurants have included: “Hamburg pickle on top, makes your heart go flippity-flop!”; “Mity Nice Hamburger”; “We cater to all the folks” and “We Make Em By The Millions – ” One At A Time! The slogan at the downtown Kewpee restaurant in Lima, Ohio proudly proclaims, “Your Granpappy ate here.”

On May 12, 1967, all the Flint, Michigan Kewpee restaurants owned by Bill Thomas, were renamed Bill Thomas’ Halo Burger restaurants (when he could not afford the rights to the store’s name). Despite the name change, everything else including the food remained the same. The Halo Burger chain is still going strong with some 10 stores to its name now run by Bill’s son Terry Thomas.

When the original Kewpee/Halo Burger was torn down in 1979 to make room for parking for the new University of Michigan–Flint downtown campus, the staff moved to a new Halo Burger location on Court Street near Center Road serving Flint’s east side.

Dave Thomas, who founded Wendy’s restaurant chain in 1969, loved eating at Kewpee’s restaurant at Burdick and South in Kalamazoo, Michigan where he lived with his adopted parents as a child.

In fact, Dave’s signature square hamburger patties, which he sold at his own restaurant at a fair price, were inspired by square burgers sold at Kewpee’s restaurant at the time. He once told reporters, that the Kewpee restaurant chain inspired him to go into business.

In 1982, the building that housed the original Kewpee’s Restaurant in Lima, Ohio was approved for listing on the National Register of Historic Places.

In 2011, the Kewpee statue that rested on the roof in front of Kewpee Hamburgers in Lima, Ohio was moved and restored (repainted and repaired) before being replaced back on the building.

At one of its newest Kewpee store at 520 Wisconsin Avenue in Racine, Wisconsin, there is a 16-foot display case filled with hundreds of Kewpie/Kewpee collectibles.