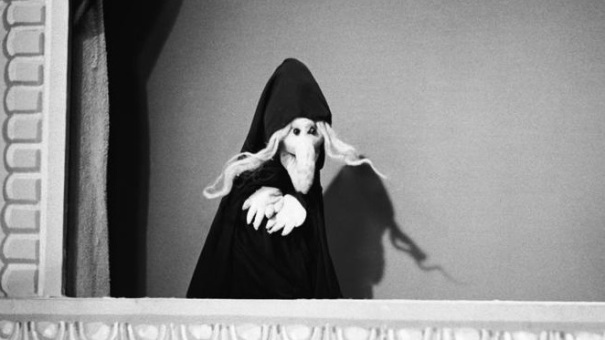 Voiced by Burr Tillstrom, Buelah Witch was one of many stock puppet characters called the Kuklapolitans who communicated with Fran Allison, the show’s beautiful, charming hostess.

Madame Buelah Witch is a pilot for Broomstick Airlines. In her early years, she attended a school called Witch Normal and later received a degree in electronic magic where she learned to brew special potions. Buelah thinks her gold broomstick should have electronic controls. 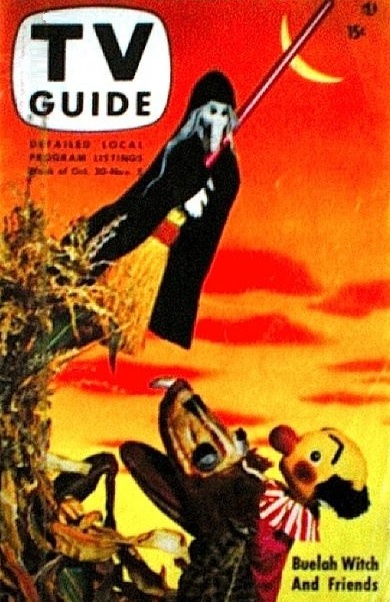 In 1954, Buelah Witch appeared as Pitti-Sing in the Kukla, Fran, and Ollie puppet adaptation of ‘The Mikado” that appeared on NBC television.

NOTE: The Buelah Witch character was named after Beulah Zachary, the show’s producer. The misspelling of “Buelah” was intentional.

Buelah Witch had her origins in the 1945 Junior League production of “Hansel and Gretel” which featured a witch and a rabbit.

On the ABC fantasy series SABRINA, THE TEENAGE WITCH, Jo Anne Worley (of LAUGH-IN fame) appeared in the Halloween episode “Good Will Haunting” as Aunt Beulah, one of the Spellman family’s eccentric relatives who lives in an Insane Asylum in the Other Realm.