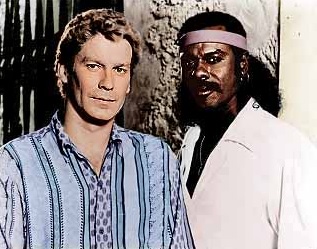 Black Jack Savage is the ghost of a legendary 17th century Caribbean pirate (Steven Williams) who was teamed with Barry Tarberry (Daniel Hugh-Kelly), a crooked Wall Street wheeler-dealer who both needed to save 100 souls to compensate for the damage done by their sinful life on the NBC Disney production THE 100 LIVES OF BLACK JACK SAVAGE (1991).

“So you don’t believe in ghosts, do you? Then meet Black Jack Savage. This Black Jack, he was a pirate. Killed a hundred men before they stretched his old neck. Heading straightway for Hell, he is, unless he saves the lives of 100 living men…There’s a modern-day pirate too, name of Barry Tarberry, the richest man in New York. And for his lifetime of evil doing he’s Hellbound, himself. Unless he join up with old Black Jack, that is, saving all those lives…and they’ll save every last one of them.” [Narrator speaking with the traditional “Arr, Arr, me hearties” vocals of a sea-going pirate]

Unfortunately, once Black Jack leaves the safety of his castle haunt on San Pietro Island, he is fair game for the Snarks (howling bounty hunters from Hell) who could transport Jack back to Satan’s realm through an entrance at the base the tree where he was originally hung). 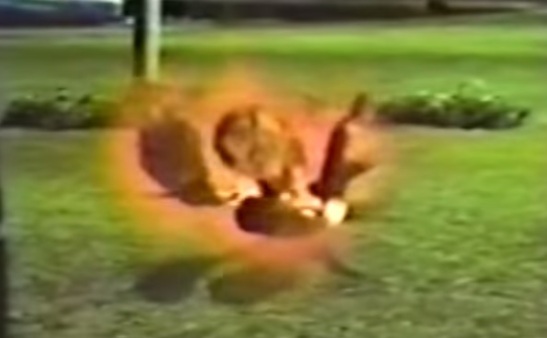 To battle the Snarks, both Black Jack and his human counterpart Tarberry team up to defeat these hellish spirits so they could get about saving souls and thus win their way into salvation.

Others San Pietro residents include Abel Vasquez, the islands, corrupt governor-general (Bert Rosario), and Danielle (Roma Downey), an island activist who protects the locals from Vasquez’s corrupt schemes and sometimes enlists the aid of Barry Tarberry.

Moored at a secret dock at Blackbird Castle on San Pietro Island is The Blackbird, a sleek, black high-tech boat resembling the body of a SR71 spy plane used by Barry Tarberry to battle crime around the Caribbean islands. The speedboat takes its name from a pirate ship once captained Black Jack Savage.

NOTE: Snark-like beings can also be seen in the feature film “Ghost” (1990) starring Patrick Swayze. In the movie, these demonic creatures appear as dark, snarling shadows who drag the spirits of evil people off to Hell when they die.